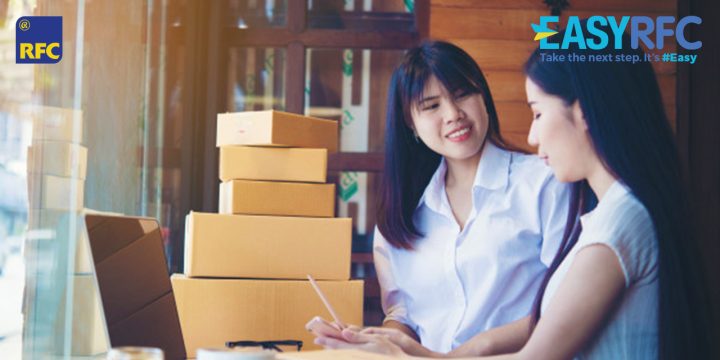 Is it worth trying to turn your passion into a business?

It’s not unusual for family and friends to voice their concerns about you risking it all with a new venture. In fact, starting a business might seem like you’re going against all sound judgment. However, setting up a business will always involve risks. There’s no escaping them–but that doesn’t mean you can’t prepare for them.

There are steps you can take to make sure your efforts will be rewarded. Here are some tips to help you turn your passion into the business you’ve always wanted.

You Just Need to Do It

Think about what’s stopping you from starting your business. No time to do it? Scared of failure? Settled for the circumstances you’re in (as part of the so-called rat race)?

What you might not realize is you already have an edge–you’re young! Not to put too much pressure on your plate, but time’s ticking! Putting off your passion may lead you to regret when it’s too late. After all, you never know when someone else will beat you to your idea.

It may be a cliché, but as Nike’s slogan goes: just do it. The mere intention of wanting to do something can push you to greatness. As Bruce Lee once said, “The possession of anything begins in the mind.”

Just think: Facebook wouldn’t be here without Mark Zuckerberg choosing to do his thing. Granted, it was a really rocky journey. Surely, he couldn’t have imagined that the platform he was creating would turn into the tech  giant it is today. But he pushed through anyway.

Remember, the first step to turning your passion into a successful business is deciding to do it.

Doing It Leads to Actual Results

And just to prove that millennial entrepreneurs can make it big, let’s look no further than one of 2017’s Forbes 30 Under 30, Gian Javelona.

As founder of OrangeApps, a one-stop platform that deals with student life,Gian transformed his frustration into a goldmine. He identified a problem (the often-frustrating enrollment process) and offered a solution (OrangeApps).

Even with little to no support from his peers, Gian decided to go ahead and push through with his ideas. In his own words, “I remember my classmates were laughing at me when I told them

that, one day, I would have a company that will beat Apple and that I will name it OrangeApps.”

Despite the doubters, Gian opted to use his know-how, with the added benefit of seeking advice from people that would actually help him. How? Gian made sure to make the most out of the 2013 incubation program that the Ideaspace Foundation offered him. And because he pushed on and simply did his thing, success soon followed!

When in doubt, remember: sticking to your ideas, learning to pivot along your entrepreneurial journey, and seeking advice from reliable people will lead to success!

Your Ideas Matter (and Can Make a Meaningful Impact)

The thought of your idea failing might be stopping you from pursuing your passion. Probably because no one else is doing it, there’s a crippling fear that you won’t succeed.

But if your idea is really close to your heart, and you know deep down inside that your ideas matter, then shouldn’t you do something to pursue it?

A really good example of elevating ideas and ideals to a business standpoint is Cropital founder,Ruel Amparo. Seeking inspiration from the country’s agricultural force (and his relatives, who are mostly farmers), Ruel, together with his co-founders, decided to create a platform that enable and support these unsung heroes.

His focus on allowing local farmers to have access to finance to fund their business was a sure-fire winner by itself. But his success goes beyond the money he brings in, both for the company and the farmers.

Remember: profit isn’t necessarily monetary. If you stand to gain something meaningful out of your passion, then shouldn’t you spend more time and energy on making it happen?

When asked about what motivates him, Ruel said, “I always think of the farmers who benefit from what we are doing. A simple ‘thank you’ from them really motivates us to continue our work.”

“It makes us feel that the work we do needs to be done,” he added, “and it’s something that I want to make sure farmers will have access to.”;

Isn’t that more than enough validation that your passion and dreams are worth it?

There’s a lot to be said on millennial habits (both good and bad), but one thing’s certain: millennials are driven. Given the right mindset and circumstance, anyone can rise above the rat race to create their own business.

Kathleen Yu, founder of Rumarocket, created an algorithm that focuses on what every business needs: talent. By sourcing personalities that can address a company’s needs, headhunters and jobhunters alike save up on precious time filling positions.

And as groundbreaking as the tech behind the platform is, Kathleen broke conventions by embracing failure. Despite failing an entire year (and even ending up broke!), Kathleen took inspiration and strength from her family to keep going. She didn’t allow her failures to define her- in fact, no one needs to be defined by these!

Check out our blog for more inspirational nuggets, tips, and points to consider in making your business dreams happen!