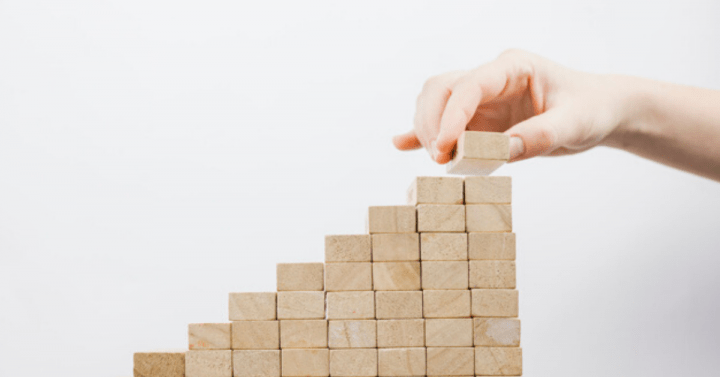 Going through tough times is part of entrepreneurship. Successful business owners today also had to face their own share of challenges before savoring the sweet taste of victory.

Here are some stories of Filipino entrepreneurs to remind you that success isn’t achieved in just a snap of a finger. Oftentimes, it’s the fruit of sweat and hard work.

Rolandrei “Zark” Varona set off to save money and gain experience as a seafarer when he was 21. Staying for two contracts, he had hoped that the money he had earned would help create a business that is close to his heart – a Food &Beverage venture.

However, his decision to franchise on a noodle cart went badly. Lasting only six months, Zark wasn’t able to earn much from that business.

Instead of wallowing and eventually going back to the workforce, Zark decided to transform his first failed venture into a learning experience. Researching and seeking help from available resources, Zark went on in launching his own business instead. And to save on costs (and, since it’s his passion), Zark even went on being the cook of his small burger joint.

Success was apparent with this decision. All it took was seven months to get back his investment. Yet Zark never stopped learning and researching on more ways to improve his business. His hard work and love for the business proved that success was there all along – Zark’s Burgers continues to launch more branches all over the country!

One of the most important traits that successful businesses have is understanding a customer’s main pain point – and providing a solution for it! Joey Gurango, CEO of Gurango Software and Independent Director of Xurpas Inc., knows a thing or two in highlighting this key trait. But that doesn’t mean he didn’t face any problems during his colorful history in the IT scene.

Joey’s first business was actually a pizza delivery service (this was during his time at the University of Washington last 1981). Knowing that most students at the school’s dormitory prefer to stay indoors, Joey set up a phone line in the dorm. That way, the students can simply call him if they want pizza delivered. Joey then placed a 15% surcharge on each order.

His first job as an employee for Apple, he noticed the need for specialized furniture for the then-new Macintosh. Seeing the opportunities, Joey founded a company to address the need.

Sure enough, his business succeeded. In fact, the company earned $1 million just for the first six months since it was launched. But because of oversight and various circumstances, Joey decided to close the business soon due to bankruptcy.

Nevertheless, Joey decided to pick up the pieces and start over again. Learning from his experiences, he went home to the Philippines to start his own IT company. And as a one of the key persons to know more and learn from in the local scene, it’s safe to say that Joey’s a perfect example of knowing how grit is important in running a business

Sudden financial problems hurt. And Winston Damarillo, DevCon founder, experienced this first-hand when he was just about to go to school at De La Salle University (DLSU).

His family, who owned a logging business, suddenly lost everything. The shift from having everything handed on a silver platter to virtually having no money at all is jarring, but the young Winston persevered nonetheless. Working for his allowance to go to school, Winston tried his hand in selling electronic parts — he was taking up Mechanical Engineering, after all.

Even facing difficult circumstances, Winston set a goal early on and did everything to accomplish it. Setting his eyes on studying in Silicon Valley, he left for the United States right after graduating. Overseas, he had to sleep on a couch for a year! And yet, his hard work paved the way towards an eventual career in Intel. A few years later, at the age of 30, Winston launched his own company, Gluecode. Four years since its inception, Gluecode was then sold to IBM.

Winston proved that sheer will and perseverance rewards in the long run!

As the founder of an outsourcing business, Grayscale Business Management and Consultancy Services, Marx pushed his brand forward mainly with the drive he got from his extraordinary experiences.

In 2003, Marx was with his wife buying rice in a food stall in Cubao, Quezon City. It just so happened then that a disturbed individual fired shots at him.

Two bullets hit Marx: one zipped right through his chest, the other right at his left temple. This unfortunate event led him to become blind.

The shooting incident left Marx broken. After all, at just 23 years old, still studying, and a husband and a father to a young daughter, everything spiraled out of control.

A month after checking out of the hospital and hoping for a miracle, Marx decided to do with what he can. Since he’s tech-savvy, Marx dabbled in screen readers with the assistance of a friend. Slowly regaining his bearings, he inquired on the possibility of finishing his studies. The University of the Philippines has a virtual learning system in place, so he took the time to know more about this program before enrolling in it.

Graduating at 25 with a degree in Political Science, Marx then pondered on how to earn a living for his young family.

And it wasn’t pretty at all. Even though Marx has the credentials and knowhow for the jobs he had applied for, he has always been rejected – mainly because that these companies have no facilities for the blind.

Still, Marx never gave up hope. And hope came, when a local firm invited him over to work as a writer.

And just as he landed this job, Marx inherently knew he could do better. Seeing and admiring how his current occupation is being run, he decided to take a leap of faith to start his own IT firm. And Grayscale Business Management and Consultancy Services, his 9-year old venture, offers a myriad of outsourcing support for clients worldwide!

If Marx can do it, what more of you and other future entrepreneurs, right?

Born into poverty, Rey Calooy decided early on in his life that fortune will favor his and his loved ones – just as long he’s willing to work really hard for it.

It’s all in the name – but in this case, Rey’s driving himself forward to avoid the meaning behind his name! In the Visayan dialect, “Calooy” means pitiful – a rather unfortunate circumstance considering Rey and his family’s circumstances!

Still, the young man knew he needed to succeed. Making his impoverished lifestyle as motivation to work harder, Rey sought out opportunities to earn that extra peso. Juggling multiple jobs just to provide for his family, he sought advice from one of his employers during stint as a worker in a public market – pursue an accountancy course, because all industries will hire an accountant.

Doing so opened up more opportunities for Rey. Noticing the demand of sachet products in the market (and the “tingi” system done in sari-sari stores), Rey took the risk in founding RNC Marketing, a micro-packing group.

Fortune then smiled for the entrepreneur. Since then, Rey continues to work hard and inspire other individuals for a better life through entrepreneurship.

Let’s talk about a different kind of hardship. Neri Naig and her then-lover (and now husband), Chito Miranda, faced public shame when an apparent scandal was shared online.

For others, this may signal the end of a career and personal pursuits. But Neri defied odds when she held her head up high and decided to focus on making things work for her and Chito (and eventually, their growing family).

Never asking money from Chito, Neri explored ways to augment expenses. From opening up thrift stores to learning how to bake, Neri discovered as well a fresh and efficient way to manage money. From then on, her keen business mindset resulted in creating more avenues to earn from.

It’s the decisive will to focus on making things work (even if it feels the whole world is judging you) that makes entrepreneurs succeed!

We hope that these local entrepreneur stories inspire you on your business journey. They have proved that they can do it! Do you have other local success stories to share? Let us know below!