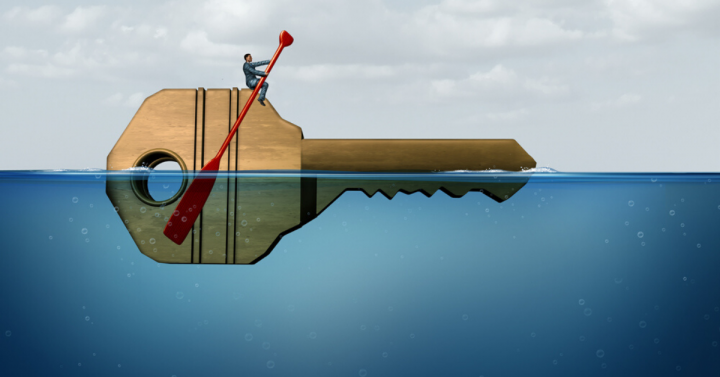 As the COVID-19 pandemic continues to take a toll in the world, businesses are facing never-seen-before challenges.

But regardless of the unprecedented challenges that you are going through, there are still some ageless business mindset that can help you get through the tough times:

1. Keep innovating (Find unique solutions or opportunities in a crisis)

There’s opportunity in every crisis; there’s a unique solution in every problem that you can utilize of.

When Paul Rivera, co-founder and CEO of Kalibrr, was discouraged with how the usual recruitment of talent goes, he knew he had to do something.

“It was hard to find great people and it was also discouraging to see great people, many of whom were college graduates, who didn’t know how to find jobs that they were fit for,” Paul said.

He founded Kalibrr which helps companies to find and hire great people to work for them and.

The same is true with Gian Javelona of the OrangeApps platform.

He was basically fed up with the inefficiencies of his school’s enrollment and registration processes. They were making students line up for several hours to get a form, pick classes, and pay fees. This was a nightmare for young Gian during his time as a student.

So, he thought of a way to get this problem solved and OrangApps was birthed.

With this innovation, he was able to solve problems in the management systems of every school-size – from their admissions to scheduling and more.

Now, schools, colleges, and universities can focus more on providing a better education than spending countless hours attending manually to an administrative task.

What can we learn from Paul and Gian’s story? You can come out with unique opportunities out of your frustrations and problems.

Thinking about risk: We can attribute this attitude to a man named Alfredo Yao, founder of Zest-O Juice drinks.

He was a bonafide risk-taker.

He lost his father at the age of 13. And being the eldest among his siblings, he stepped up to help support his family. At age 17, after graduating from high school, he set up a packaging business with a capital of P3,000 which he borrowed from his mother. That amount, according to his mother, was the family’s entire fortune. But he took the risk.

Read also: 5 reasons why working capital is important for your business growth

After his business trip to Europe, he brought home a new technology that produces a type of packaging known as the “doypack”. He attempted to sell the doypack packaging to juice manufacturers but was rejected.

So, in response, he started to create his own juice and package it with the new doypack packaging he bought from Europe, and voila! Zest-O juice drink was born.

Had he coward back in loaning the capital for his first business from his mom, and had he not dared to venture out and took the risk of selling his own brand of juice drink despite his competitors? We wouldn’t be talking about him today.

Be willing to take any risk necessary for your business to adapt and survive during tough times.

Take the smiling big red bee as an example. Jollibee food chains have been around for quite some time now, and to many of us, it has been a trademark of Filipino excellence in the food industry.

But the business is also not exempted when it comes to facing challenges. Its humble beginning from a simple ice cream parlor to what it is today reminds us that hard work eventually pays off! And that if you persevere even during the tough times, you can succeed as long as you keep your mindset focused and aligned with your business goals and vision.

Tony Tan Caktiong, founder of Jollibee Foods Corporation (JFC) has climbed the ladder of success from rags-to-riches. Coming from a poor family in Fujian province in China, he and his family migrated to the Philippines in hope of a better life.

Today, with more than 4,600 store branches across 21 countries, JFC is now one of the largest and fastest-growing Asian restaurants in the world – partnering with other well-known food joints like Chowking and Greenwich (to name a few); and of course, with Coffee Bean as its most recent acquisition – JFC is now enjoying its success!

This is truly evidence of perseverance and hard work over the years.

The brand name Jollibee, by the way, was derived from the work ethics Tony and his family possess – happy and hardworking as a bee!

Don’t let any distractions or other opportunities blind you with you truly want. During tough times, there can be challenges that you feel like you can no longer surpass. But you have to remind yourself with what you truly believe in. What’s your ‘why’ when you started the business? Keep your eyes in the prize even there are challenges trying to threaten you.

The man established his food cart business in 1992 and briefly left the company in 1997 to pursue politics but failed. He attempted to pursue a doughnut business afterward but eventually went back to the french fries business after realizing his core value:

“I really believe in ‘one thing at a time.’ Potato Corner grew the way it did because we focused. We had a lot of opportunities to explore because of the success of the business, but we realized it was successful precisely because we were so focused,” he said.

This is a perfect example of a man who clearly knows what he wants to do. Despite the opportunities at hand, he chose to stick with what he really wants.

Today, Potato Corner has 550 kiosks around the world and is a global franchise business with annual sales of P1 billion.

If we keep these business traits in mind (a mindset that most successful business people possessed) the pathway to success will be evident even during tough times.

Being your own boss comes with a huge responsibility, and we do understand that sometimes cash flow can be a little tight. We also know that, in order to grow, you need to increase inventory or beef up your capital. RFC supports Filipino entrepreneurs by offering flexible business loans.