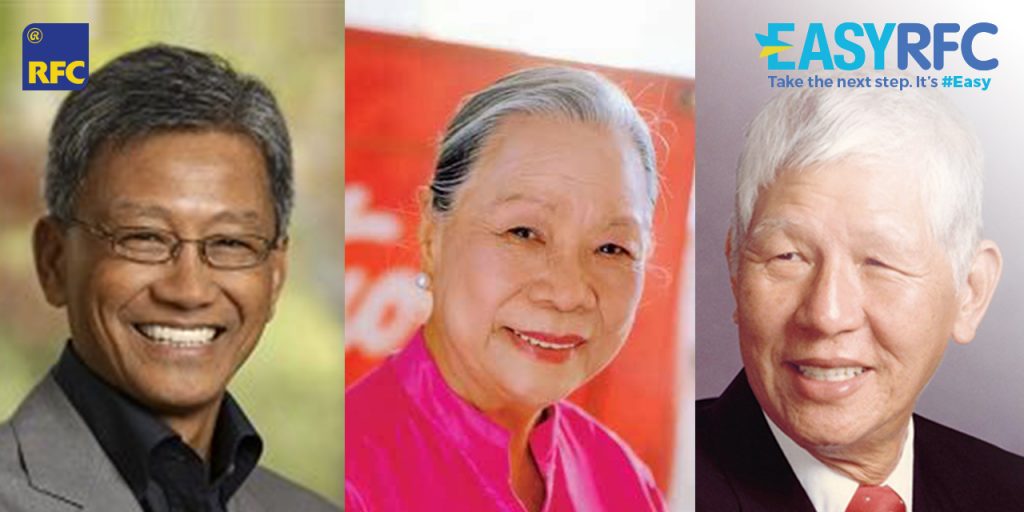 There are also entrepreneurs who started with little funding and no education or business
experience at all. In fact, these three business owners started small—before growing their
businesses into a household name.

1. Socorro Ramos: Starting All Over Again Failing once can get you discouraged. What more if you consistently face multiple failures? Would
you still have the courage to press on?

For Socorro ‘Coring’ Cancio-Ramos, the woman behind National Bookstore (NBS), the secret to succeeding was unceasing faith in recovering from failures. After the Cancios’ family business went bankrupt, 12-year-old Coring endured menial jobs to make a living. She worked for a candy factory, a cigarette factory, and a garment factory. At 18 years old, she worked as a saleslady at Goodwill Bookstore, where she met her husband, Jose
Ramos. The couple founded NBS at the foot of Escolta Bridge in Manila after they married in 1940. At first, business was well for the young couple—but there were challenges they had to face.

Five years after its establishment, NBS went up in flames during World War II. Coring and Jose then relocated to Avenida street, but Typhoon Gene blew the roof off their bookstore in 1948, leaving all their goods soaked. Despite the challenges they encountered, the two persevered. Had Jose and Coring backed down, we wouldn’t have today’s most popular Filipino-owned bookstore. As of 2019, NBS has more than 300 branches nationwide, employing at least 4,000 people.

2. Mariano Que: A Hundred-Peso Fortune What’s your reason for starting a business? Most likely, you want to earn from selling a product or
service that you love. For the late Mariano Que, founder of Mercury Drug, his business was not just about a product. For him, it was also a service to poverty-stricken communities who had a dire need for medicine. After World War II, Mariano saw an opportunity to help people who needed sulfathiazole, then
considered a “miracle drug”. With only P100, a push cart, and his drug store work experience, Mariano started selling sulfathiazole and soon became known for selling affordable and quality medicine. Using the savings he made from his humble beginnings, Mariano opened the first branch of Mercury Drug in Bambang, Manila in 1945. Since then, Mercury Drug has grown to having more
than 1,000 outlets nationwide, serving customers 24 hours a day in selected stores. Despite not finishing his studies, Mariano managed to put up one of the best-known brands in the country’s pharmaceutical industry. In fact, Mariano was named the “Father of Health and
Wellness Retailing” by the Philippine Retailers Association in 2012.
As Mariano put it, he lived his life doing what was needed to be done. His legacy lives on in
Mercury Drug’s mission: “to serve you, to have what you want—when, where and how you want it.” Making a business purposeful requires an eye for people’s needs. Always think about convenience, accessibility, and impact.

3. Diosdado Banatao: The Farmer’s Son Despite growing up in a place without electricity, Diosdado “Dado” Banatao did not let circumstances stop him from dreaming big. Dado grew up in a small farming community in Cagayan. In his hometown, children often stopped going to school after the fifth grade in order to help their fathers with farming. Dado’s father, however, thought differently. Dado’s father knew that his son’s job was to finish his studies, not put food on the table. Young Dado listened to his father, and eventually finished an engineering degree at the Mapua Institute of Technology in Manila. Dado fell in love with engineering. Unfortunately, the lack of engineering opportunities in the Philippines led him to go to the US. There, he finished his Masters in Electrical Engineering at Stanford University. In the US, Dado landed an opportunity to design better computer chips: the first Window Graphics accelerator chips. Dado soon built his first company, Mostron, although it unfortunately didn’t last long. But bouncing back from that failure, he founded Chips and Technologies, the US’ fastest-selling stock at the time. Intel bought the company in 1996 for more than $400 million. Never forgetting where he started, Dado founded PhilDev, which gives scholarships to deserving students and helps beginning entrepreneurs get funding.

Named the “Father of Semiconductors”, Dado dedicated his life to innovation. This was the child who once used bamboo sticks to learn Math. His life proves that even a farmer’s son could achieve great things. Today, Dado is a light of hope for children and aspiring entrepreneurs with big dreams. Coring, Mariano, and Dado’s stories of success are loud statements of how humble beginnings can lead to great business opportunities. So, don’t let failures and setbacks stop you from starting your business. Remember: there’s no such thing as an overnight success. Keep your drive and motivation, and don’t be afraid to go big!