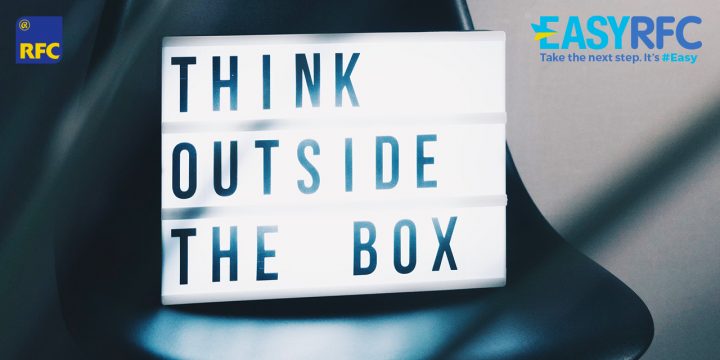 Running a business is like cooking a complicated dish. We could follow the recipe down to the dot, but in the end, we could still end up with terribly unexpected results. That’s because cooking requires skills that simply can’t be acquired through following a recipe. Like cooking, business success requires following some methods—but also being flexible enough to understand that even ‘tried and true’ methods might not work as well for you.

There’s no shortcut to success. Neither is there a shortcut to gain the skills that will help you get there. Nevertheless, like cooking, there are ‘recipes’ you can follow. Some world-famous “chefs” even generously shared their “secret ingredients.”Below are some wildly successful CEOs dishing out their secret ingredients to success in business:

“Work at what you love with people you love.”- Warren Buffet, CEO of Berkshire Hathaway

In an interview with Yahoo! Finance, Buffet said ‘love’ was his secret ingredient in running his company, a small group of 25 people that helps him run the business.

This world-renowned businessman also emphasized the value of humility, which probably explains why he is, as kids say, a ‘legend’.

“Authenticity. It is harder than ever for people to be authentic. It’s easy in the time of social media to hear loud opinions and voices from a variety of different people even if it goes against the entrepreneurs gut on what’s best for their own brand.” – Jamie Kern Lima, Founder & CEO, IT Cosmetics

In an interview with Forbes, Lima shared that it took her company 3 years to get a ‘yes’ in negotiation with L’Oreal. Eventually, her efforts paid off, and her line was sold in 2016 for $1.2 billion in cash. She stayed as CEO of IT Cosmetics and was also the first female CEO in L’Oreal history. Since then, she has also invested in other women-led businesses.

“If you really feel strongly about something, have the courage to defend what you’re suggesting,”- Indra Nooyi, former CEO of PepsiCo

Indra Nooyi is one of the most recognizable and powerful figures in the business world. In an interview with Linkedin Learning, the former CEO of PepsiCo shared three things to focus on if you want to be CEO or at least be an outstanding business person.

Among the three building blocks she shared, having a set of ethics and courage to stand up and defend their ethos is a rare quality. She further added that effective leadership doesn’t mean playing office politics.

Walt Disney was not just a larger-than-life person; he also birthed an enduring brand that created tons of childhood memories for all of us. It’s a given that, as entrepreneurs, we should know which direction trends are shifting, so we can make necessary adjustments or take our business one step further by taking calculated risks.

One of Walt Disney’s most versatile qualities is knowing what the consumer wants, if not becoming a total trendsetter. From acquiring the rights to the Marvel Cinematic Universe to releasing their own digital streaming platform Disney+, the Walt Disney corporation has come a long way since its inception.

5. Giving credit where it is due

“What I learned there is, giving credit to others actually attracts more and more people to your team because they want to be a part of that team because they know that it’s a team that is going to work together as one team; nobody’s going to try to take credit over somebody else. “ – Dan Schulman, CEO of PayPal

In an interview with Business Insider podcast “Success! How I did It,” the CEO of Paypal dished that one of his secrets to success is celebrating the achievements of his team. Effective leadership is putting the team’s needs above one’s own, and giving credit where it’s due—and that’s through the contributions of the whole team, not just one’s own.

“There’s got to be a balance. We call it ‘glocal.’ It’s the global together with the local that’s the winning brand.”- Irene Rosenfeld, former CEO of Mondelēz International

Irene Rosenfeld is a big name in the snacking industry. She served as CEO to Kraft and was chairman and CEO of Frito-Lay and Mondelēz International. The last company is the maker of Oreo, and it was her strategy that made the snack popular in the Chinese market. By tweaking their recipe and introducing a green tea flavor, within five years of its introduction, their Oreo revenues in China have grown tenfold.

If your business revolves around food, consider taking Rosenfeld’s strategy. No matter how great you think your recipe is, remember: different countries, different markets, different tastes. In business, we always have to take the strategic, income-generating route.

7. Risks are opportunities in disguise

“Rarely are opportunities presented to you in a perfect way. In a nice little box with a yellow bow on top. ‘Here, open it, it’s perfect. You’ll love it.’ Opportunities—the good ones—are messy, confusing, and hard to recognize. They’re risky. They challenge you.” – Susan Wojcicki, CEO of Youtube

The third and current CEO of Youtube is widely considered the “most important person in advertising.” Time magazine even called her the “most powerful woman on the Internet.”

Not only is Wojcicki CEO of Youtube, but she was also involved in the making of Google and was its first marketing manager in 1999, In fact, her garage was Google’s first office. Before she was a big name in tech, though, Wojcicki planned to pursue a career in the academe. If not for her career change, who knows if Youtube and Google would even exist today?

These CEOs have proven that success is achieved through trial and error, sheer will, and perseverance.

Do you have any business advice you want to share? Let us know in the comments!